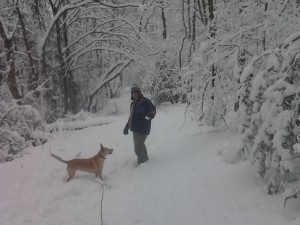 This was Meersbrook on Saturday

We have been practising hard for our Spring concert to raise money for the new residential project at St Wilfrid’s.   I have to admit there are often last rehearsals where I feel slightly doubtful if we’ll pull it off – although the choir always rise to the occasion. However, at the end of Tuesday’s rehearsal I was buzzing because it felt like all the songs were ready and we were going to enjoy singing them. On Thursday night it started snowing. On Friday one of the other performers rang to see if we were going ahead. Of course, I said, it’s the spirit of the blitz, we’ll carry on regardless.  We’re not the kind of wimps who call things off because of a bit of snow. Think of all those Canadians laughing at us.

But when Saturday dawned and the blanket of snow had become a 15-tog duvet (9 inches deep on our picnic table) I started thinking again.  The director of St Wilfrid’s had already said he was unlikely to make it and at least one of the other performers could not manage the trip across Sheffield. 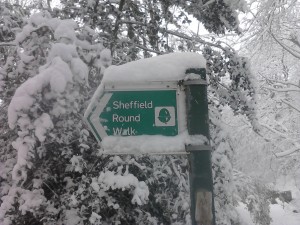 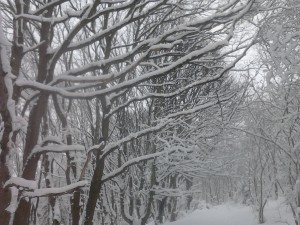 I am certain that almost all the choir members who had committed themselves would have made it to the church come what may. I would not have wanted anyone risking a fall or pneumonia for the sake of a concert. We would have got very few in the audience and had little to show for our effort.  It would have been very hard work  – we would have had a good time singing together but we would not feel like tackling it again. It was sad deciding to cancel but I hope that the sense of disappointment will turn into enthusiasm about running the event in a few weeks’ time and making it even better.