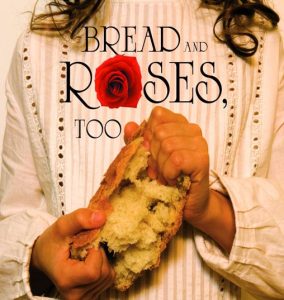 I’m going to tell you a story now. It’s about a tall factory where too many people, mostly young women, worked long hours making clothes they couldn’t afford to wear.

The owners of the factory were so afraid that their poor workers might cheat them, by taking breaks, or by stealing materials, that they kept the doors locked during working hours.

So when a fire broke out among the scraps of cloth, there was no way out. The factory was on the 8th, 9th and 10th floors of the building and the workers could either burn to death inside or jump out of the windows to certain death below.

146 people died that day, 123 women and 23 men. The youngest two were 14 years old. A few people including the owners of the factory escaped by fleeing to the roof of the building. The owners were eventually fined 75 dollars for each victim. Their insurance company paid out the equivalent of 400 dollars for each casualty.

This happened in New York in 1911. Something very similar happened in Bangladesh in 2012. A hundred years on, and the clothes bought cheaply by relatively rich people are still costing the lives of very poor people.  They are just an ocean away now.

In the heart of this industry in 1911 was Rose Schneidermann, a young woman who stitched cap linings, and she was speaking out about the conditions women worked in. Many of her recorded speeches are those to middle-class women who were sympathetic, and gave money and held meetings. After this fire she spoke bitterly to them: “I can’t talk fellowship to you who are gathered here. Too much blood has been spilled. I know from my experience it is up to the working people to save themselves. The only way they can save themselves is by a strong working-class movement.”

Later she expanded on this:

“What the woman who labors wants is the right to live, not simply exist — the right to life as the rich woman has the right to life, and the sun and music and art. You have nothing that the humblest worker has not a right to have also. The worker must have bread, but she must have roses, too. Help, you women of privilege, give her the ballot to fight with.”

The phrase was picked up by a male activist, James Oppenheim, who only a year later, in 1912, turned it into a poem. 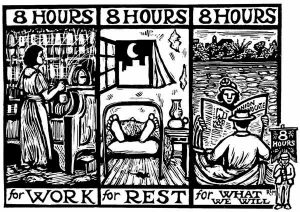 The words have been set to music more than once but we are singing my favourite, written by Mimi Fariña. You may not have heard of her but you will probably have heard of her older sister, Joan Baez. Mimi was as musical and beautiful as Joan but her musical career took a detour when on her 21st birthday her husband died in a motorbike accident.

Mimi took the words of the poem and created not just a song but a movement – an organisation called Bread and Roses, which still takes music into institutions – hospital, care homes, juvenile detention centres and prisons. She died in 2001 aged 56.